I woke up this morning to hear the tragic news that the man who changed the course of my life 7 months ago had tragically passed away.

It was Andrew Reeves who when asked did he know of any good campaigners who could front up the Yes! to Fairer Votes campaign in Northern Ireland immediately thought of me and told me to apply. Of course in the three all too short years that I have really gotten to know Andrew much of that time was spent on the campaign trail, it was his job after all and my passion (until recent months when thanks to him it became my job too). It started in Glasgow East, when I myself was just returning to full campaign mode. Yet somehow I still managed a day of tenement mountaineering without any adverse health issues. That was the campaign that Stephen was back, yet Andrew had arrived. 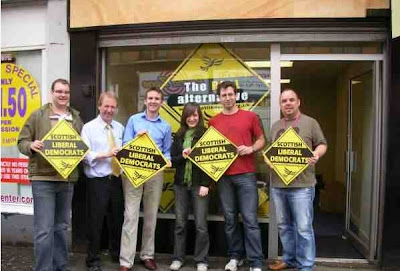 There followed Glenrothes, Glasgow NE, the European Election and last years General Election of course. The late night strategy meetings in Glenrothes always happened around the dart board. I was sometimes there waiting for Caron to give me a lift back, aware that the achieving a score wasn't always as important as throwing the dart as hard as possible in the general direction of the board. 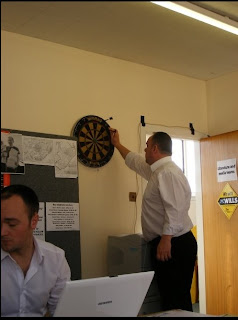 Andrew had set up his blog as Andrew's Running Blog before he had come to Scotland. The aim was to get him into shape to run the Great North Run. Health was an issue that Andrew would visit time and again on his blog. Having lost his mother 6 weeks after she was diagnosed with pancreatic cancer in 2009, he chose her Birthday this year to be the day that he got married to his long time partner Roger. 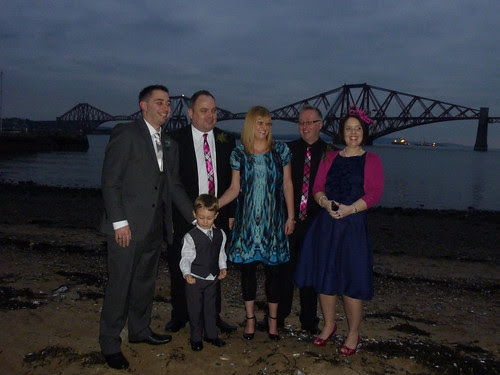 But his own health was also something he fought hard for. He knew that having a sedentary life wasn't helpful to him, so when he could he would get to the gym, walk (preferably with a bundle of leaflets in his hands). It was his approach that even though he was leading the campaign he still needed to get out and walk to keep some motion going that led me to do just the same at least once a week during the Yes! campaign. I even was on a conference call once while out and about delivering off the Falls Road in the rain.

For a while there were just three regular prominent Scottish Lib Dem bloggers, him, Caron and I. We could on occasion all take the same story and tell it in a different way that was our styles. We also could each get away with saying things in certain way because of our positions in the party and occasionally one of us knew that one of the other two was the better person to put something out there, so the idea was spread. Many of the rest of the Scottish blogosphere knew that while there only the three of us that didn't lead to a lack of quality or quantity. Yesterday he was on about the E.Coli in Spanish and German cucumbers in a typical Andrewesque way. It seems strange to think that I will never again read a new blog post from him again.

My frequent visits into Scottish Headquarters at Clifton Terrace in recent years were always greeted with some sort of put down from Mr Reeves. For years before I was actually selected again for Linithgow and East Falkirk he would refer to me as the Potential Prospective Parliamentary Candidate PPPC rather than PPC for the seat. The case being that if Gordon Brown were to suddenly want to secure a mandate I would be willing to stand again for the seat. I was one less seat for them to worry about in a hurry. While of course he wouldn't always have a smile on his face, he did sometimes have to be serious after all, there was always a sense that he would or could crack a joke to lighten the mood at any point.

Andrew was only a little over a year older than me, taken at the tragically young age of 43. The last words he said to me as I was leaving Scottish Conference in March were, "Go back there and win this thing, then we can talk about it next time your over." sadly that chat will not be taking place. He was a man with an immense heart for the party, for campaigning, for those he knew. Sadly this morning that heart gave way.

My thoughts are with Roger, who had to work in the recent days off that Andrew had been enjoying, therefore missing too many of what were unknown to be some of the last quality hours for his husband. Also to all the team in Clifton Terrace who have lost someone who's motivation and passion will be hard to replace. To all my colleagues, friends and fellow campaigners, not just in Scotland but everywhere who were touched by this man that so many of us today know we have lost a dear friend.

Read also
It has been rather a bizarre day.