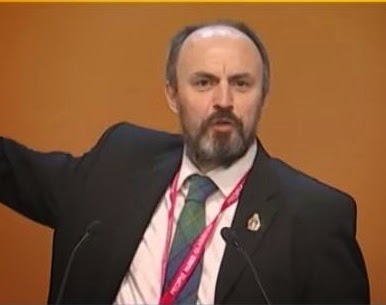 I’m Stephen Glenn a Liberal Democrat by conviction; Northern Irish by birth, having spent eight years in England and nine in Scotland I found myself back in Northern Ireland.

In November 2010 I was appointed to head up the Northern Ireland work on the YES! TO FAIRER VOTES campaign. Aiming to get Northern Ireland to vote Yes in the referendum on changing the Westminister voting system to Alternative Vote. Though in 2013 I returned to Scotland to work for Alistair Carmichael MP, based in his Kirkwall constituency office.

I'm currently standing as the Liberal Democrat candidate for Sedgefield, having previously stood in 2005 and 2010 for the constituency of Linlithgow and East Falkirk.

With 24 years of campaign experience associated with the party across the country and with a national profile as a respected blogger both within the party and beyond, I'm seeking to build on the foundations of fairness that Liberal Democrats have built and are building whether in Westminster, Holyrood or City Chambers.

I was born in Bangor, Northern Ireland after the Eagle had landed but before Houston had a problem. Educated at Grange Park Primary and Regent House Grammar Schools, before getting my economics degree from Kingston University.

I've run, played bowls and football competitively, as well as taken part in many other sports for fun.

As well as Bangor and Kingston, I've lived for spells in Coventry, almost a decade in West Lothian, Scotland, before now finding myself in the Northern Isles. I've worked in retail, the civil service and as a data analyst for a call centre, before my jobs on the referendum and for an MP. I currently work for a charitable organisation invoicing and booking principally youth groups using our two activity centres.

In 2003 I stood for the Croftmalloch Ward in Whitburn, where I lived at the time, then in 2005 and 2010 I stood as the Westminster candidate for Linlithgow and East Falkirk. I sought selection for Edinburgh Central constituency in the 2011 Holyrood election but lost out to Alex Cole-Hamilton.

In my spare time I still like to bowl (having won two Irish Junior Cups along the way), read, theatre or comedy (especially live), keep expanding the knowledge of my family history and watching Livingston Football Club (though harder now I no longer live in West Lothian).