It is hard to believe that there are now less than 24 hours of these Olympics left. But after another day with a lack of gold the penultimate day of competition saw Team GB extending their success. So after the first stamps issued on a Sunday by the Royal Mail last week there will be more tomorrow.

First up just as many may have been sitting down to breakfast the last day at Eton Dorney saw yet another gold medal on that stretch of water. It may only have come over the last 200m and therefore the last 10% of the other four golds there, but then Ed McKeever is a sprinter in his kayak. It is another Bradford that gets a golden post box, though not this time the one in Yorkshire, but Bradford-on-Avon. 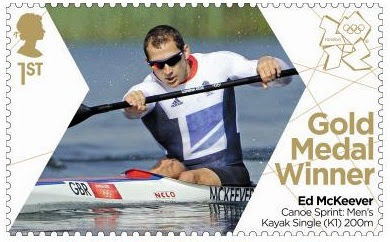 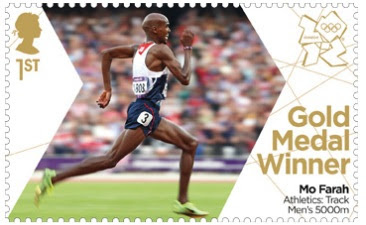 There was more to come as in the boxing ring we saw a little bit of history in the first time that Team GB faced Ireland in a gold medal match in 100 years of the sport at the Olympics. It was the Brit Luke Campbell who came out victorious at bantamweight to take the GB medal taking the tally to 28. His gold post box will appear in Hull. 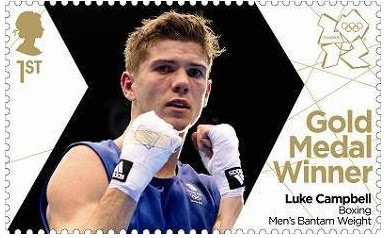 We have two gold medal boxing matches tomorrow, the women's modern pentathlon and the men's mountain bike. Dare we dream of being the 5th nation since the First World War to end the 30 club of Gold medals in one Games joining USA, USSR/Russia, China and (East) Germany.
Posted by Stephen Glenn at 22:27