Day six sees the Royal Mail being busy. Three more golds today means 50% more work than yesterday as the next stamps had to be designed, printed and distributed, plus post boxes selected from a paint job, especially as three of them may have come out of the blue.

First up are Etienne Stott and Tim Baillee for their gold in a British 1-2 in the C2 slalom. Golden post boxes in their honour will appear tomorrow a second north of Hadrian's wall at Aberdeen for Baillee and one in Bedford for Stott. 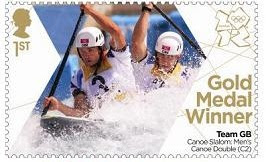 Then we have Peter Wilson for shooting, who will have his golden post box will be in Sherbourne, North Dorset. 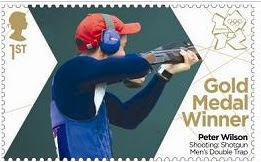 Number five of these Games is the man with five golds Sir Chris Hoy, along with Jason Kenny and Philip Hindes for the team sprint in the cycling. Their golden post boxes will appear in Edinburgh (Hoy), Bolton (Kenny) and Manchester (Hindes). 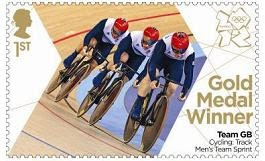 Talking of post boxes, here is the one in Chorley in honour of Bradley Wiggins. 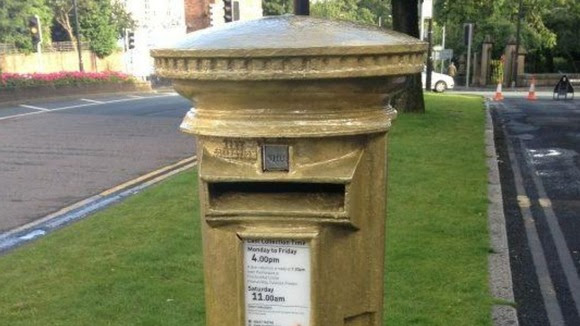