Today was the day that Team GB not only equaled their best* Olympic performance in modern times, but soared past it. It was a Tremendous Tuesday. So those folks at the Royal Mail have had their work cut out for them once again with four more stamps to produce and ship.

First up in and around Hyde Park there was the men's triathlon where the hot favourites were the Bradford Brownlee brothers (adding to Yorkshire's top ten position in the medal table). They were both in the lead group in the water, stayed ahead at the start of the cycling and then formed a trio with Javier Gomez in the run. But the elder brother Alistair was the first to cross the line by the Serpentine. 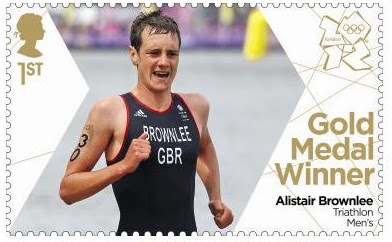 If you had signed up for the Royal Mail First Day Covers you're twentieth was free, so the one you will be receiving will be for Team Dressage. Carl Hester on Uthopia, Laura Bechtolsheimer on Minstral Horjis were sitting on the best and third best scores with all the German's completed before Charlotte Dujardin on Valegro came in and rode the best test of the day to secure another historic gold as Britain's first ever medal in dressage. So a gold post office will appear on one of the smallest of the British Isles of Sark for Hester, Apney St. Peter the adopted home in Gloucestershire of Bechtolsheimer, maybe the London borough of Enfield will try and claim a golden post box for Dujardin as that was where she was born as opposed to Newent Glos. where she is based. 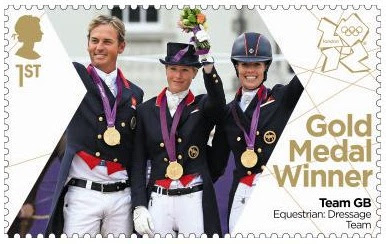 At this point the GB medal table read 20 12 12, I don't think anyone would have guessed that at any point we would have read the  year in the number of golds and silvers.

Just over an hour later it was the turn of Laura Trott to get her second gold of these Games. She won three of the six disciplines of the Omnium the most important being in the last the 500m time trail where she had to win and come three places higher than Sarah Hammer (USA). That was exactly what she did, she is the first British women cyclist to win two golds at one Games. 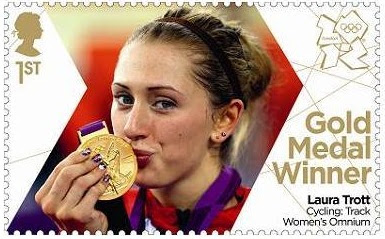 Within an hour the velodrome awarded the next gold, sadly not in her last race to Vicky Pendleton who had to settle for silver, but for Sir Chris Hoy making him the British Olympian with the most gold medals taking his sixth in the Keirin, despite being passed in the last lap by the German Levy. 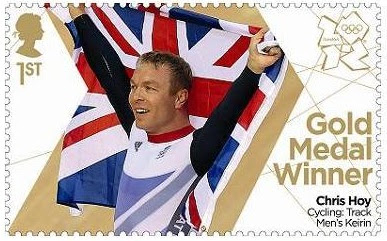 * Ok only second best after 58 in London 1908 but things were a little different then in the early days....and no I don't think we can match that number.
Posted by Stephen Glenn at 22:47