The Royal Mail have another busy day and night ahead of them, and they will be making history in the process. This history making comes from the fact that the stamps that follow will be the first to be issued on a Sunday by the first country to issue postage stamps 172 years ago.

But it is also the busiest day they will have. 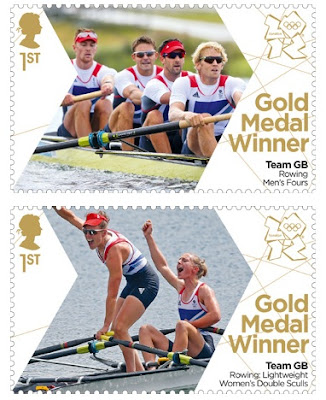 Things finished off at Eton Dorney with two more gold as Team GB topped the medals at the lake.

First up when the men in the fours which is hardly a surprise as no other country has won this particular gold since a certain five time Olympic Gold medalist moved to that crew. So Alex Gregory, Pete Reed, Tom James and Andrew Triggs Hodge add their names to that line of champions.


Post boxes will be painted gold in Cheltenham (for Alex),  Seattle (Pete), Wrexham (Tom) and Silsden near Andrew's home in Hebden.


Then later on in the women's lightweight double sculls Katherine Copeland and Sophie Hosking added to the fact that GB women wait 36 years to get gold at the rowing lake and then three come along at one.

For Katherine a post box goes gold in Stockton-on-Tees while the wombles of Wimbledon better not find discarded gold paint tins once Sophie's is painted, just down the road from where Andy Murray and Laura Robson will be trying to earn their own golden stamps and letter boxes for Dunblane and Wimbledon in the men's singles and mixed doubles.


Then it was over to the Velodrome for yet another gold. Joanne Roswell becomes British first Alopecia gold medalist since Duncan Goodhew in the pool at Moscow, along with Dani King and Laura Trott in the women's pursuit. And yes, the Team GB cyclists won that in yet another world record. 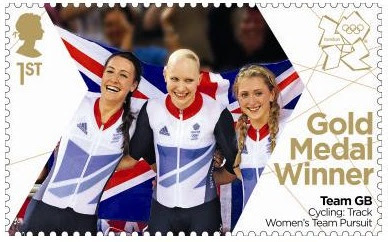 Then in the Olympic stadium we had a golden night as first Jessica Ennis became our third multi-event women's Olympic champion after Denise Lewis 2000 and Mary Peters 1972 (Pentathlon). It was a second new British record in two days for Jess having taking the women's 100m hurdle record at the start of Day 1. So Sheffield adds to the golden post boxes in Yorkshire. 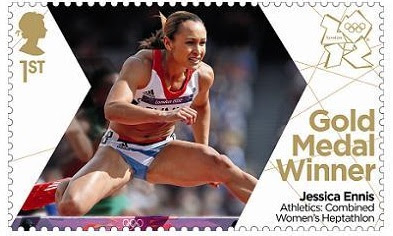 Nobody was really talking about us taking gold in the men's long jump. Don't know why Greg Rutherford has the season's best distance coming in. But the Milton Keynes jumper leaped for 8.31m just 4cm short of the British record to be the first British long jump Olympic champion since Lynn Davies. 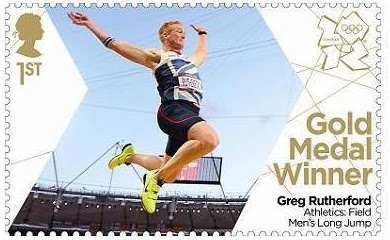 Then as a distance runner myself in a past life I couldn't be happier for the third gold in an hour within site of the Olympic flame when Mo Farah became the first British man since it was introduced in 1912 to win the 10,000m. Isleworth where he trained and went to school after escaping Somalia as a boy will get his golden post box. 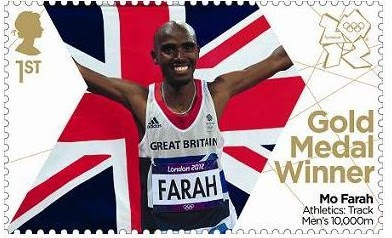 Today we won gold in the events of Sir Steve Redgrave, Dame Mary Peters and Lynn Davies,so three of the seven British greats who passed the baton figuratively in the Opening Ceremony seem to have done so in golden terms as well tonight.
Posted by Stephen Glenn at 22:09