So Team GB decided to give the Royal Mail stamp designers a day off after a busy week yesterday.

But they had them called back into action today.

First up over at Greenwich Park Charlotte Dujardin on Valegro were back on the top step of the podium in the individual dressage. Well ok Valegro's hooves were firmly planted on the ground. But in an event we have never medaled in before we come away both golds. 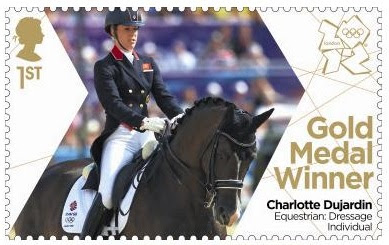 Then it was across the river into the ExCeL for a little bit of history. The first ever medal in women's boxing went to the hosts so Nicola Adams enters Olympic history as the first female winner in her sport as well as being Team GB's 24th gold of these home Games. Another golden post box for Yorkshire as this one will appear in Leeds. 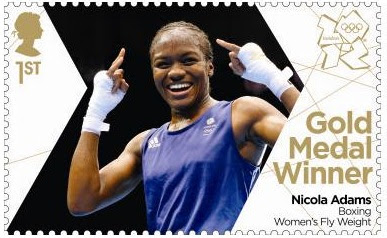 At 10:32 PM after a long day of fighting from 10amin the morning the Royal Mail ended up having to add one more. Jade Jones took Gold in the -57kg women's taekwondo. Wales will gain another gold post box in the village of Flint in North Wales. 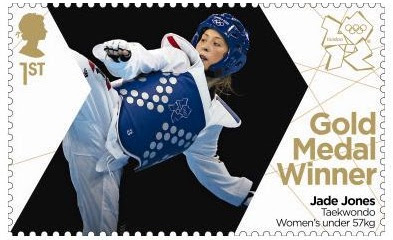