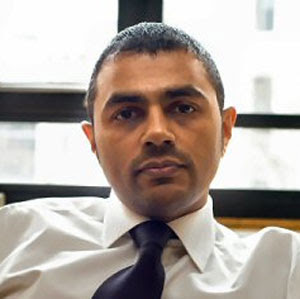 Labour peer Lord Waheed Alli who tabled an amendment in the last Parliament to allow religious civil partnerships is calling for full marriage equality. Writing on the Labour Uncut blog he said:

"[In] the final weeks of the last parliamentary session, I was proud to see that the energy for change hadn't flickered out, as over 100 peers came to a late-night debate and overwhelmingly supported my amendment to the Equality Bill in a bipartisan vote. The amendment allowed religious groups who wish to do so – like Liberal Jews, Quakers and Unitarians – to conduct civil partnerships at their places of worship. It was a huge step, and a fitting end to the series of reforms enacted under a Labour government.

"But clearly, full equality will only be achieved when civil partnerships are recognised as marriage. Just as with my amendment to the Equality Bill, we will need to do it in such a way that respects the religious freedoms of others, so that all couples, including gay couples, have the right to choose between a secular marriage and a religious marriage.

"This will be an important next step."

It is indeed an important step, it one that should not be forced on any religious grouping but as Lord Alli points there are some that have already expressed a desire to have to option to carry out a religious same-sex marriage either as a faith group or as a couple. The fact is that the major protesters against it are those who want to defend religious freedom for their own view of religion while not allowing religious freedom for others.

There should be a religious freedom enabling, but not demanding, that religious same-sex marriage can be carried out. Then those that want to offer the service or who want to partake of it will have the option to be married as they want.

While Lord Alli points out this is the main step for equality here in the UK he echoed the message in many Pride parades across the country this summer, that the main challenge in years to come is from outside the UK. "As we look at the plight of gay men and women around the world, we realise that this is not a journey that’s coming to an end: it’s a journey that has barely begun."
Posted by Stephen Glenn at 07:35