Belfast Pride and their Hero 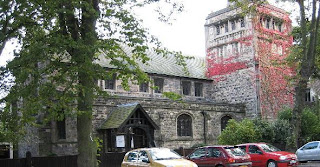 There has been a full week of events in Belfast for Pride which will culminate with the parade later today. Yeah today is a parade where Orange and Green and the other colours on the Pride flag will not be giving the Parade's Commission too many headaches. Indeed there were no issues for the Commission with the parade or the counter demonstrations.

However, even in Belfast where religion is often such a dividing line for other reasons there is a ray of hope for members of the LGBT community who have faith. The Rev Chris Hudson the minister of All Souls Non-Subscribing Presbyterian Church has been named Belfast Pride Hero of the Year. 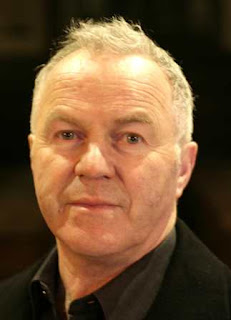 While there are people like Rev David McIlveen and his Sandown Free Presbyterian Church who are vocal opponents of the LGBT community*, there is an oasis of hope in South Belfast. As a non-subscribing church All Souls is independent of any ruling body. Two years ago the Rev Hudson, complete with dog collar, took part in the Belfast Pride Parade. Last Sunday there was a public meeting held in his church as part of the Pride week celebrations, outside was a poster saying 'It's Ok to be gay and Christian'.

The meeting discussed the biblical references in the bible, of which Hudson says:

"Leviticus is quoted quite a lot, concerning 'man lying down with another man', but Leviticus is a priestly code for Jewish priests. It's a list of behaviours, trying to set the priests of Israel apart. They were trying to outdo each other."

As for Paul's references in the New Testament he added that Paul did not condemn homosexuality as is widely believed, but the "quite licentious Greeks" he found worshipping various gods and goddesses.

"There was no concept of homosexuality as we understand it today."

So while Iris Robinson may have had her little pastor friend ready to pray for gay men to become straight, there is a minister in Belfast prepared to pray for and with gay Christians, a worthy Belfast hero for Pride in the 20th year of the event.

* McIlveen did on Tuesday attend the Belfast Pride Talks Back debate event. Where he was apparently given an attentive hearing which is probably not what he will be returning today.
Posted by Stephen Glenn at 08:54