Bunch of Gay Footballers: Not That There's Anything Wrong With That 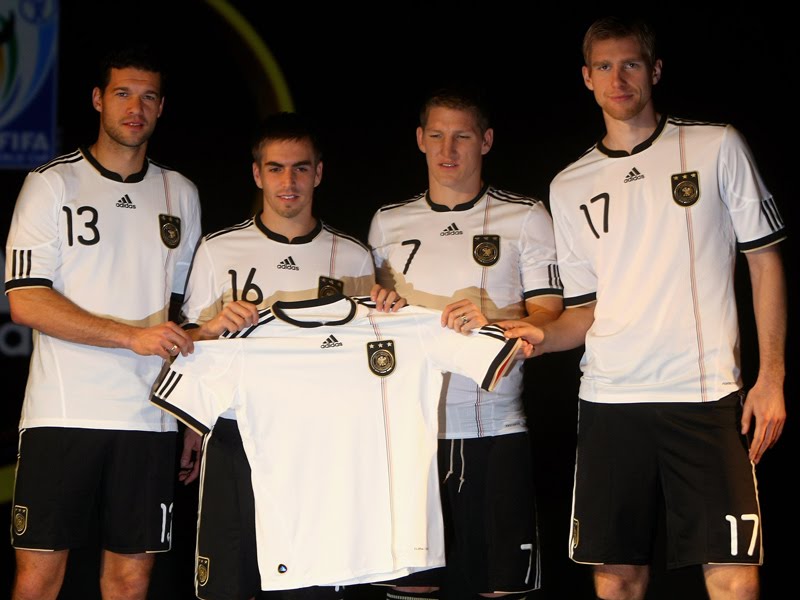 Note by posting this picture I am in no way implying or speculating anything about the sexuality of any who appear in it. Not that there's anything wrong with that.

A question; which style of football would you rather have seen win the World Cup, the stylish play of say Spain, Argentina or Germany or the rather stiff and in the case of the Netherlands violent approach of Brazil and England amongst others?

I'm sure like me you are glad that the former won. Therefore the most bizarre excuse for World Cup failure from Michael Ballack's agent Michael Becker that the alledged reason is because there were gay men in the squad. Indeed he told Aleksander Osang in Der Spiegel that he put the new adroit, lighter and elegant style of play that has become a trademark of trainer Joachim Löw's players down to their homosexuality, in contrast to the typically more aggressive and offensive German style of past years, but suggested they played too delicately to assure themselves a place in the final.

Firstly if that is the only reason that the team played in a style that gathered many fans over the tournament not least because of their scoring four goals in 3 different matches, then why oh why aren't there any out gay footballers proud of the skills they produce in that style to delight the fans.

But of course more worryingly and seriously at the heart of Becker's allegations is the stench of homophobia and typecasting of the gay community. Recently ITV's Dispatches showed a programme call Africa's Last Taboo the same last taboo exists in football. There are no out players at the top level of the game. Being gay doesn't make someone any less determined to succeed. Indeed faced with possible opposition such as Becker's it makes one more determined to be seen not just as an equal but as better so that nobody can dispute your commitment.

So if some gay footballers did manage to come third in the World Cup it is something that should be celebrated, not ridiculed, mocked or used as an excuse for not going further. Hey there may even have been some in the final, we just do not know and may never know the way that football seems to think un-Seinfeld-like* that there is something wrong with that.

* The Seinfeld TV show had an episode called 'The Outing' about homosexuality and more to the point perceived homosexuality where every time the subject was broached somebody added, "Not that there's anything wrong with that."
Posted by Stephen Glenn at 11:44