Sad News Ahead of Polish Fixture in Belfast 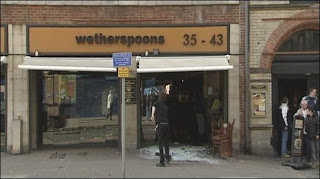 Irish sports fans have a reputation of being friendly, loving to party and win or lose having a good time. It is therefore with sadness that I initially heard that there was trouble today in Belfast ahead of the football international against Poland.

Even through the troubles one thing that pulled the people together was the fact that nobody cared that George Best was a Protestant of that the other guy who shared his debut Pat Jennings was a Catholic. When they pulled on the Norn Oirish shirt none of that mattered. It was with sadness that when Neil Lennon brought a premature end to his international involvement it was due to sectarian attacks and threats on the Northern Irish captain, it was so out of character.

Yes when it came to which team the majority supported there was division, whether you were a Linfield/Glentoran supporter or Cliftonville pretty much marked you out. But on international day Windsor Park was always somewhat a haven of peace against all the madness going on around.

One things about today's attack is that it appears to have occurred as the result of Polish fans running rampage in a Weatherspoons on Bedford Street. The majority of the nine arrested were Polish fans. They are the co-hosts of Euro 2012 with Ukraine and one of the concerns when they were awarded the showpiece event by UEFA was the behaviour of their fans. That a riot should break out in Belfast which is still in ebullient mood after the Six Nations Grand Slam of last weekend when the Polish team and fans were in town doesn't look that good for 3 years time.
It's a sad day for the very vocal, very colourful, not Brazil but Norn Iron supporters. A sad day for football and for UEFA.
Posted by Stephen Glenn at 16:38