It is another day at the Paralympics and the golds just keep on coming to keep the Royal Mail stamp designers busy.

The first gold of the day took the total for the Paralympic Games to 20, or two bullseyes for the winner of number 20. It wasn't a tense matter of would Britain win gold in the compound archery final at the Royal Artillery Barracks at Woolwich, but which one would win gold. Defending champion Dani Brown was up against Mel Clarke. It came down to the last arrow with Clarke needing a 10 to wrest the title from her British team mate, but she shot a seven her worst of the final to leave Brown as the champion once more. It is still an improvement for Clarke who took bronze in Beijing. She'll get her gold post box in Lothersdale, Yorkshire. 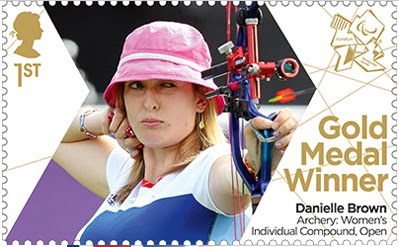 The Lancastrians didn't have to wait long for a bit of roses balance. The next gold was over to the pool in the women's 100m backstroke S8 where Heather Frederiksen (a bit of a Becky Adlington lookalike) took gold in 1:17.00, ahead of hotly tipped American Jessica Long. It was a defense of the title she won in Beijing, though in the other three events she medaled at in Beijing, Long had won gold. Frederiksen had been an able bodied swimmer before an accident in an open water event caused her a nervous disorder. She'll bring a gold post box to Leigh. 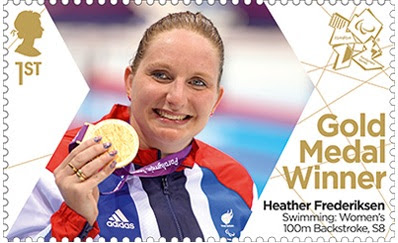 Where else would the next one come from but over at Greenwich Park in the Dressage and Sophie Christiansen in Grade 1A became a triple gold medalist with her freestyle dressage. Another gold post box for Sophie heading to Maidenhead. 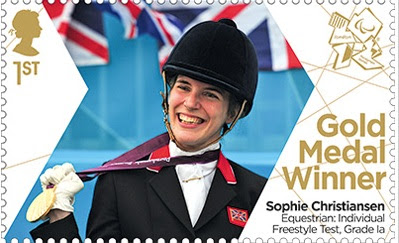 Then in the Olympic Stadium David Weir stepped up for the second of his gold medals in the men's 1500m T54. He played in very well strategically, always sitting in the top three but ready to take it on from the bell and from that point he was never headed. 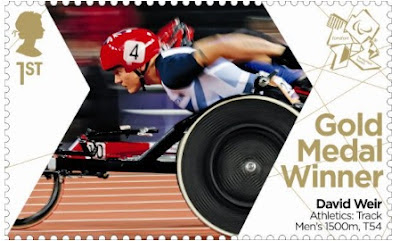