Of course the Olympics is about Team GB, or is that team Ireland?


You see here in Northern Ireland we are mentioned in the full name of Team GB (ie Great Britain and Northern Ireland) but our local sports stars do appear on two different teams; both GB and Ireland.

It was a dilemma I myself faced when I was a runner. At the tail end of the great period of GB middle distance runners if I remained on the flat I would struggle for a place on team GB, but had a better chance on team Ireland. So that was why I started to concentrate on the 3000m Steeplechase where there was less competition for a GB vest.

But today the Olympic torch makes its only non-Grecian visit outside the UK to Dublin and will have a ceremonial handing over between boxers at the border. So here are the Northern Ireland Olympians who will be going to London 2012. 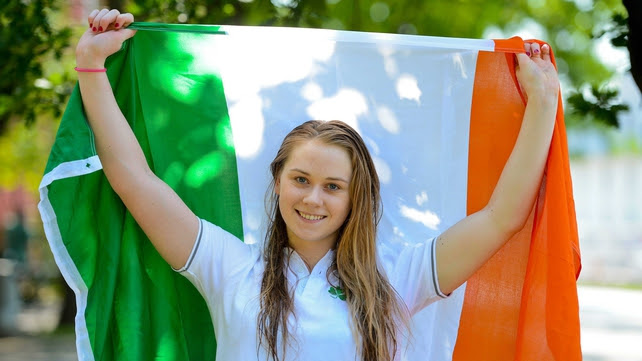 Sycerika McMahon (Swimming) - Ireland. The Portaferry teenaged managed the qualifying standard in the 100m women's breaststroke in the European Championships last month. She went on to win silver the 50m breaststroke an event not competed for in the Olympics. She is the only Irish women to have made the qualifying standard in that event so will be bound for London. She has also managed Olympic selection standards at four other events and may well feature in some of the others especially if Gráinne Murphy who has qualified for 800m freestyle decides not to go for either of the individual medley, or maybe the 200m freestyle but merely concentrate on the 400m and 800m.

Melanie Nocher (Swimming) - Ireland. 23 years-old from Belfast she has qualified for the women's 200m backstroke. She took bronze in the European 200m backstroke short course championships at the end of last year. Setting a new Irish record in the process. She is also in the mix for having made the standard to be the one swimmer selected for the 200m freestyle with McMahon and Murphy.

Na Liu (Table Tennis) - Great Britain. The 29-year-old has been living in Belfast since 2001 having grown up in the North Eastern Chinese province of Liaoning. Her father who is involved in coaching football was so impressed with Northern Ireland when he brought a youth team over for the annual Milk Cup in Coleraine that he sent his daughter here to learn English. She loved it so much that she stayed getting involved in coaching table tennis at schools and clubs across the province. She gained her UK citizenship in 2008, too late to take part in the Games in Beijing. She ill however be part of the women's team in London.

Paddy Barnes (Boxing) - Ireland. The Belfast born light-flyweight -49kg boxer is no stranger to one Olympic ring. In 2008 he took bronze in the same weight division, having lost out he feels controversially to China's Zou Shiming who had also beaten him in the Quarter Finals of the previous year's World Championships. He has since gone on to European and Commonwealth gold in 2010. But like Barnes both Zou Shiming and silver medalist Mongolia's Pürevdorjiin Serdamba who in 2009 became his nation's first world amateur boxing champion are going to be there in the ring in London. All three are contenders once again. Barnes didn't qualify by getting to the last 8 of last year's worlds because, you guessed it, he came up against Shiming in the last 16. Michael Conlon (Boxing) - Ireland. Also from Belfast the 20-year-old secured his place while still in his teens at last years World Amateur Championships, in Baku. He reached the quarter finals, something Barnes failed to do, in the flyweight division sealing his place well ahead of the final qualifying tournament last month. He boxes out of St. John's Bosco Club in Belfast meaning that two different boxing clubs will be cheering on their boxers in London.

Alan Campbell (Rowing) - Great Britain. Like the boxer Paddy Barnes Coleraine born Campbell is not a stranger to the Olympics. He was the single sculler who made it to the finals in the Beijing Games in 2008. He has since medalled in three World Championships, silver in 2009 and bronze in 2010-11. He is of course the man who qualified the GB boat for that event on home water and should take up the berth when the team is announced. One of his early coaches, Seamus Reynolds, was the one who carried the Olympic Torch on the River Bann in Coleraine in the bow seat of the eight on Monday. Update Alan was indeed selected for the single sculls later on 6 June.

Peter and Richard Chambers (Rowing) - Great Britain. Two more graduates from the Coleraine Institution rowing programme with a real shout at making the GB squad in the light-weight four are the Chambers brothers. Richard, the elder brother, has been part of this crew since before the last Olympics. Having taken world gold in 2007 they were disappointed to only come 5th in Beijing. But after injury in 2009 he came back to help win gold in 2010 and bronze in 2011. He went to Oxford for University, though it was Oxford Brookes and not to win a blue. Young brother Peter is five years younger at 22 and broke into the GB squad last year, taking gold in the Lightweight Mens Pair. He was moved into the quad alongside his brother, Rob Williams and Chris Bartley for this season. He is studying sports science also at Oxford Brookes. Having been part of the squad all year it is likely that both brothers will be named in the boat when the team is finalised. Update both brothers were selected in the boat announced later on 6 June. 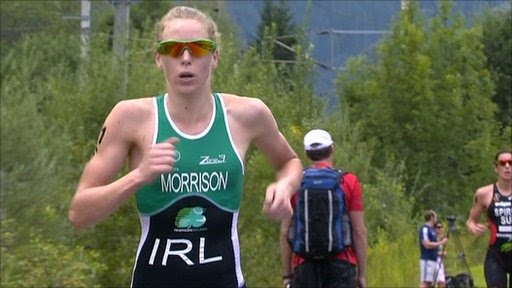 Aileen Morrison (Triathlon) - Ireland. Born in Derry but living in Lisburn she is currently ranked 7th on the International Triathlon Union world rankings and as top ranked Irish women she is certain to take up her nations sole spot when the event gets underway in Hyde Park later this summer. When the European Championships were held in Ireland in 2010 she came 5th. Lisa Kearney (Judo) - Ireland. The Belfast born 22-year-old Judo player became the first Irish Women to automatically qualify for the Olympics when she ended up keeping her top 14 spot after the final qualifying event in April. She had come 5th in a World Cup event in Sofia, Bulgaria earlier in the year. She will take part in the -48kg category. She had been dogged by knee injury during the two year qualifying period so we can only hope she is fit and well when she takes her place on the ExCel London.

James Espey (Sailing) - Ireland. At the world championships in Germany last month, Bangor's own put up a good show to qualify in the Laser class for the Olympic regatta at Weymouth. He became the fourth boat to qualify under the Irish flag, the other three qualified in last years world Championships in Perth. Unfortunately for Espey a black flag at that event had denied Espey an easier time this May. But then again having to fight for that qualification to the last opportunity may only enhance his capabilities when the Olympic fleet first hear the starting gun.

Matt McGovern and Ryan Seaton (Sailing) - Ireland. Two out of the five boats in the Irish fleet that have qualified for the Games come from Northern Ireland. The other boat in the 49er of McGovern and Seaton courtesy of their 10th place finish in the World Championships in Perth last December. The Bangor and Carrickfergus pair (McGovern is like Espey from Ballyholme Yacht Club) came together in 2009 after McGovern failed to qualify for 2008 with his brother Russell. McGovern is 2 years older at 24.

Hannah Craig (Canoeing) - Ireland. Motorcycle mad village Armoy may turn their attention away from road racing to look at 29-year-old home town girl Hannah take on the rapids in the canoe slalom. Hannah was the highest placed boat of a country not yet qualified for the Olympics at last month's European Championships and so will compete in the K1 boat at the Lee Valley White Water Centre. She came 13th the the World Championships in 2010 which is the best ever by an Irish paddler. She is based in Dublin where she runs her own clothing company which has helped to finance her Olympic dream having just missed out on Beijing.

Martyn Irvine (Cycling) - Ireland. The Newtownards born cyclist has qualified for the multi-event Omnium. He has been Irish Champion on both the road and track in recent years and came 7th in the recent World Championships in Melbourne, securing his place in London. He shows the dichotomy of Northern Irish sportspeople having already taken part in the Commonwealth Games for Northern Ireland in Delhi, 2010, earning Northern Ireland bronze in the team pursuit. Today just happens to be his 27th birthday. Wendy Houvenaghel (Cycling) - Great Britain. The woman from Upperlands, near Maghera (pictured on the extreme left) is at 37 the oldest Northern Irish Olympian at these games. But she is also the returnee with the best medal to date. She took silver behind Victoria Pendleton in the individual pursuit in Beijing. However, in what will be her last attempt to secure Olympic gold she will be teaming up with Laura Trott and Danielle King (whose combined age is only 4 years more than Wendy's) hoping to secure team pursuit gold. Considering that GB with Wendy in the team took gold in the World Champs in 2008, 2008 and 2011 with silver in 2010.

Mark Gleghorne (Hockey) - Great Britain. In 2008 Gleghorne from Antrim was trying to get Ireland to qualify, indeed he did a fine job being Ireland's top scorer, and indeed for his qualification tournament, with 9 goals. Though maybe one or two more may have got them into the play-off for that spot. However since 2011 he has been part of the GB set up earning 10 caps. The 27-year-old plays for East Grinstead and his hoping to make his Olympic Debut having switched between his possible allegiances between Games. Gleghorne didn't play in the test event in May

Iain Lewers (Hockey) - Great Britain. The Belfast born defender is a year older than Gleghorne and was part of the 18 man team in the test event last month. Like Gleghorne in the run up to 2008 Games he played for Ireland before ruling himself out to seek possible future selection for GB. He was the first of the two to declare he was switching. However, both men are still awaiting the final announcement of the 16 selected plus the 4 reserves for the Games.

These are all the currently qualified Northern Irish Olympians there may yet be more. But as you can see some of them do have an interesting time in deciding who to represent and for some it hasn't been straightforward.
Posted by Stephen Glenn at 08:00