In which I Answer the Question

Stephen Chapman used to challenge us to take five pictures for the fifth of each month, but now he is trying to spark us bloggers in different ways with The Question. 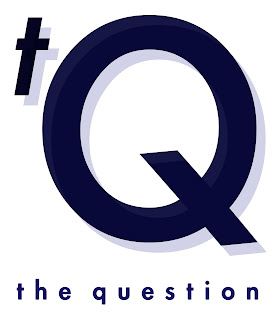 The first Question, for this month, is:


What would you attempt if you knew you could not fail?


The sportsman in me though tempted to select a sporting achievement, also realises that to be guaranteed success on the field of sport is something that is also somewhat unsportsmanlike. So all my dreams and aspirations in that area will have to continue to be through hard work and training, or things that have been attempted but are now in the past.

So in order to answer the question I think I have to look at a field that maybe just a little bit of the fear of rejection is actually putting me off getting on with in and carrying on. That also rules out the field of politics as I'm not scared of rejection there, in fact having stood on a number of occasions the failing to win has driven me on even harder in order to succeed.

So my mind gets cast back to a dream I had about 12 years ago when I was visiting Edinburgh in August. Yeah that month in Edinburgh where anyone with any artistic bone in their being is inspired by all the variety of acts that put on shows for a month long run in all manner of venues. That visit did spark the idea in me to write a play that would fit in to the ethos of what The Fringe actual is, but also be able in the way it was written to be able to transfer if it was a success.

You may think that the fact that I am writing about this dream is because there was no further progress in that area. Well actually that is not the case. There is about half of the play written, and every so often it does get revisited. As many of you who read this blog on a regular basis are aware I'm not afraid of putting stuff down in words, so why is this left unfinished.

I think it is because to hire a room in which to put on a production costs, the hiring and accommodating of a cast costs. Even though the later is at a minimum, I think there somewhere inside there is the sense that there might be financial failure even if the script is of top notch quality that somehow prevents me from even completing that script.

But I hear you say, surely there are other ways to get the script performed. Yes, maybe, but in my minds eye it needs to debut at the Edinburgh Fringe, it has a certain edginess to it that if it viewed by the right people will enable it to grow, and as a result maybe unleash the writer that has always been present in me.

Therefore if I could be guaranteed that I would not fail, I'd be hiring a venue in Edinburgh this summer, even before I have the script complete. Getting the company together, then getting on to finishing the thing off. Like Douglas Adams when it comes to literary creation I sometimes need an immovable deadline to get the final product out there, or else it will just whoosh past my head.
Posted by Stephen Glenn at 17:30

Email ThisBlogThis!Share to TwitterShare to FacebookShare to Pinterest
Labels: personal, The Question