Tesco find a conscience via their complaints folder?

According to the Grauniad Tesco want the Department of Work and Pensions to change the nature of the scheme in which people will work in private sector firms for up to 8 weeks, with only the offer of an interview at the end of that time.

In comes after a week that the company who takes one pound out of every SEVEN £8.50 spent in the UK faced accusations of further profiting from slave labour. Having worked in retail  I know that someone can be trained to restack shelves in a morning. They can learn to operate a till in a similar period of time. The additional time that is required to get people up to speed is spent on knowledge of stock and gaining that.

Of course I started in retail as a Christmas temp, less than 8 weeks before Christmas. I was up to speed in a couple of days, I was then offered full time work after Christmas and have trained up many people to work in a retail environment since. It didn't take eight weeks for the manager of my branch of H. Samuel to offer me a full time position. I rose to have areas of responsibility in the chains then largest store on Shaftesbury Avenue when the chain was cutting back on staff I was moved to another branch, retained and given new responsibility because the Area Manager had also learnt that I had potential.

Yes we should be giving people the chance to experience work, but like Waterstones who have now withdrawn from the scheme it should be with the end goal of there being a job on offer. Therefore it should be a short apprenticeship to prove you are ready and able to work for that company. Not a means by which the government is forcing you to take action, and may remove the meagre Job Seekers Allowance you are on if after the first week but before the maximum eight you leave the position. That is the enslavement element. That is what Tesco now do not want to be associated with. 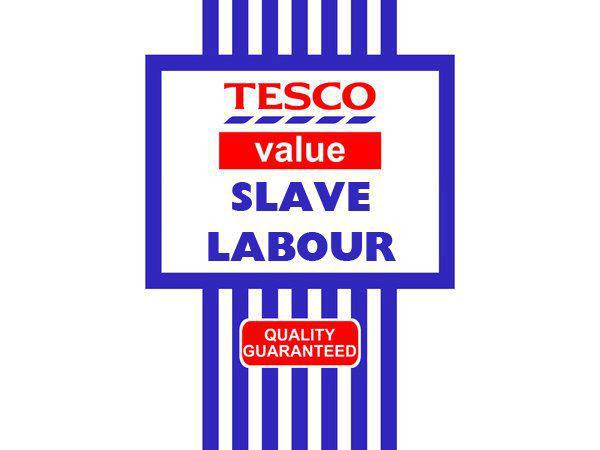 However, the telling part in the Grauniad article is this:


Supermarket group Tesco said it has asked DWP officials to make the work experience scheme voluntary after thousands of angry customers wrote in and posted messages on Twitter and the company's Facebook site accusing the multinational of profiting from hundreds of thousands of hours of forced unpaid work.

So it appears that the sudden outpouring of compassion may only have come with one eye of the profit margins.

We were talking about apprenticeships as ways to get people back into work. This scheme is not an apprenticeship it is work experience which can result in you losing benefit if you drop out of it (probably because you don't like that particular experience or possibly for health reasons).

We need to create jobs, whether that is via apprenticeships or whatever route, not merely give people the experience of work without anything at the end of it for them.
Posted by Stephen Glenn at 14:49