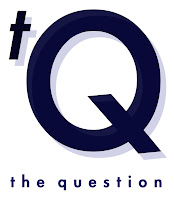 It is time to get my thinking cap back on and come up with an answer to The Question as posted on Stephen Chapman's State of the Nation blog.

The question this month is:What is the best piece of advice you have ever been given?


The cliche answer of course is to say just be yourself and to be honest that is pretty good advise. My parents were good at this never forcing me or my brother into anything but letting us do the things that we wanted to do and getting their support whatever we decided to do.


But as many of us know being ourselves and being honest about ourselves is something that at times others have issue with a take exception to. As someone who was bullied as a child I know how painful it can be to be different from others and be yourself.


However, it is a supplementary piece of advise that someone else gave me that I think is the most important.


If people take exception to you being you, they have the problem not you. Carry on being you and work at changing their or people like them's perspective of what is acceptable.

I think that piece of advice probably explains why I've ended up as a Liberal Democrat campaigner taking on so many issues of equality. It is the fact that I am content with being me, but find that people do not seem to want to accept that me or other people are a valid option or deserve the same things as the perceived norm. But each of us is unique and don't fit into a box.


So that fact that I can switch from supporting rugby to watching the ballet in a couple of hours. Be a person with a faith yet be a gay man. Have been a sportsman and at the same time play more than one musical instrument as well as sing, means that often I don't fit into people's idea of how to box me. But I will carry on being me, if you have a problem with that look at yourself.


If you want to add you answer visit Stephen's blog and post you link in the gadget and read the others responses as well.
Posted by Stephen Glenn at 13:18

Email ThisBlogThis!Share to TwitterShare to FacebookShare to Pinterest
Labels: personal, The Question