Don't let this man near Hearts

I've heard that Angelo Massone has put in a £4.5m bid for Hearts.

My first thought is about half that money was probably laundered from Livingston FC, my second is don't anyone let this man anywhere near another football club ever. This is the man who single-handedly ignored fans, almost ran my team into ruin.

If Hearts fans want a businessman to take over the £4.2m of debt and tax bills and turn the club around Massone is not the man to do it. He's has proved he is incapable of doing that on a smaller basis. Within months of taking over at Livingston we heard that wages were not getting paid on time. We heard that food bills were not getting paid and then the lights got turned off when the electricity bill.

I know many Hearts fans think that Vladimir Romanov has been bad for the club but Angelo Massone would be even worse. 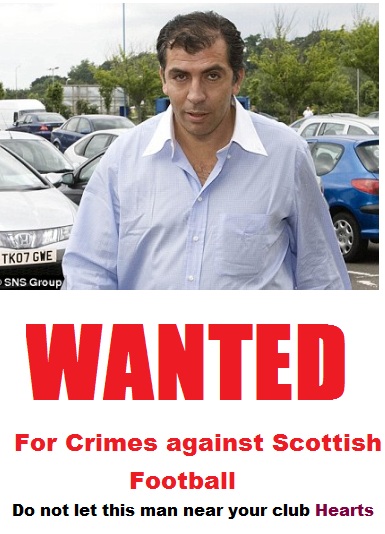