Update Please read the update at the bottom of this piece about information received since I wrote this.

The other day I was actually thinking over the possibility of keeping a track of the number of hetero-normative signs of affection I saw out in public and compared them to homosexual ones. Being back in Northern Ireland can do that to you.

The reason why you may ask was sparked by one straight couple having a great big snog right in front of a group of school children. Then yesterday in Starbucks I watched a couple in the window seat with her almost certainly checking where the edge of her husband/partner/lover's boxer/y-fronts/briefs/nothing came down to underneath his trousers.

When you are hearing people say that they don't want LGBT people forcing their lifestyle unto others you do start to notice how much the heterosexual 'norms' are welcomed as OK, but shows of same sex affection are driven largely underground for fear of the repercussions.

Thus it is with great sadness that I learn that the Royal Ulster Academy has removed a painting by Paul Walls called The Kiss* from its annual exhibition at the Ulster Museum. Colin Davidson from the RUA said that exhibitions are tailored for every age-group and as a result attract large numbers of schoolchildren across Northern Ireland.

He said: "In this context, the painting The Kiss, submitted by Paul Walls, could be regarded as inappropriate for child audiences."


So what is so inappropriate about a picture of a kiss. Well reading the Belfast Telegraph link it doesn't appear to have involved a nude. Though there are nudes or in a great state of undress paintings in the Ulster Museum collection. No the reason the picture is inappropriate appears to be because the two people kissing are female.

Again I am reminded that in Northern Ireland apart from one area of Belfast and a few isolated bars elsewhere. Or on one day of year in Belfast, Londonderry/Derry and Newry on Pride Parades LGBT people are fearful of showing any expression of affection because of what others may thing or say about them. Yet all around us are straight couples showing far more affection that a mere holding of hands of a quick peck.

It leads to the question would this The Kiss be acceptable in a Northern Irish art exhibition? 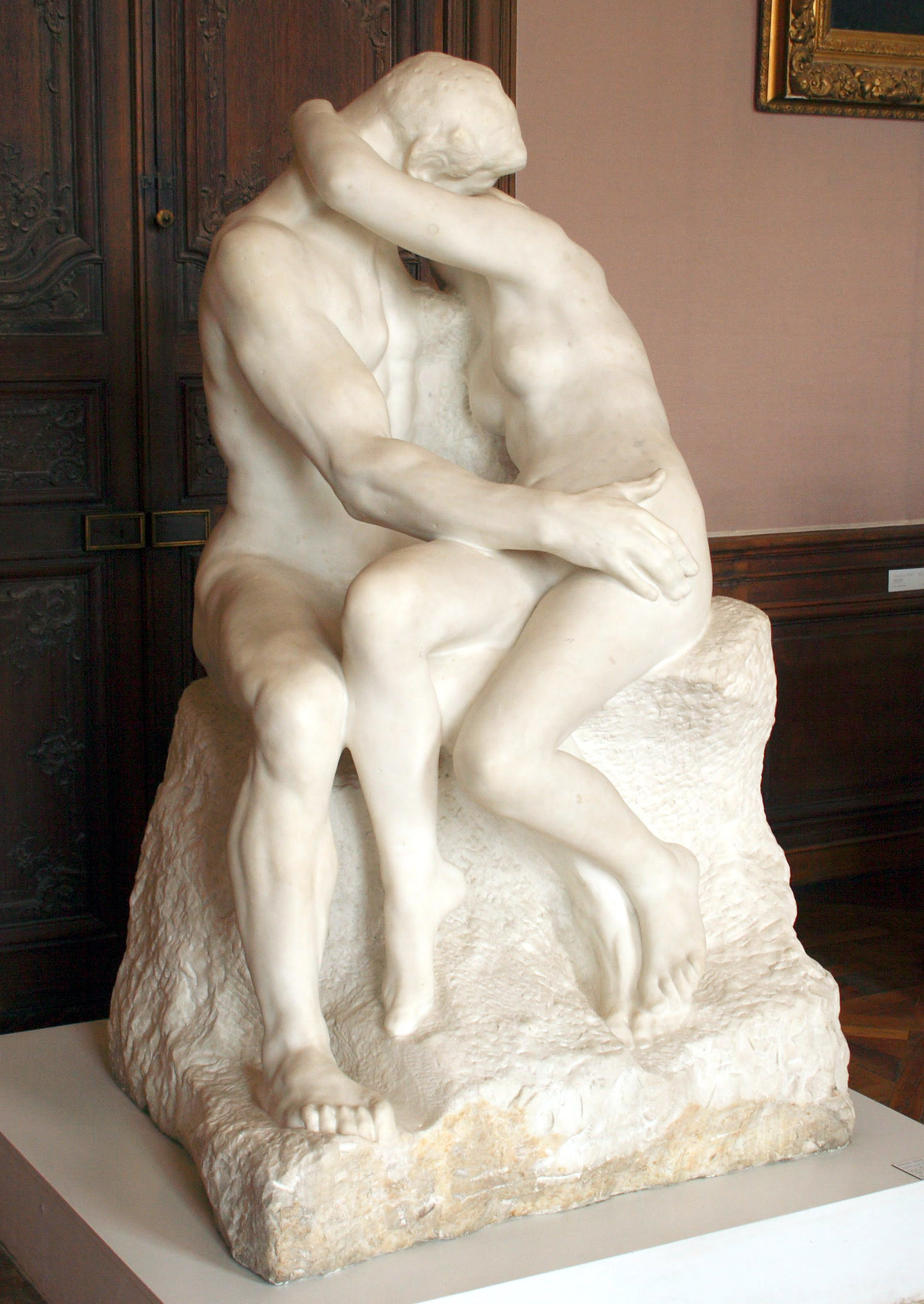 If not many great art museums must be out of range of Northern Irish young people as more nudes either in sculpture or paintings will be presented to them. If two fully clothed individuals kissing is not appropriate for children audiences then we certainly are doing something wrong. We are education the next generation of young people here to be wary of the unknown and potentially bigoted to it.

Then again my nine year old nephew still goes "Ewwww!" whenever anybody kisses in his presence, so maybe, just maybe it is because all children of a certain age just don't like to be exposed to kissing. Though I seriously doubt it.

My friend Padráig Ó Tuama  also was upset about the story in the Belfast Telegraph about the removal of Paul Walls The Kiss from their exhibition. He said:

"Having heard about this, I wrote immediately to RUA. Colin Davidson, the president of RUA, wrote back to me within minutes. He is aghast at how his words have been misrepresented in the media. He said that the painting in question is of an adult nature, and that the decision has nothing to do with the gender of the individuals kissing. Given that school aged children come to the exhibition, they decided, together with the artist, not to include the picture because of the adult nature of the image - not because of the fact that it is two women kissing."

He received the following statement from Colin Davidson, President of the Royal Ulster Academy

"The Royal Ulster Academy's schools programme attracts large numbers of school children from across Northern Ireland."In this context, the painting 'The Kiss', by Paul Walls, was regarded as inappropriate for child audiences (by the Museum, the Academy, and Child Protection lawyers, as well as most who have seen it). Paul Walls appreciates how inappropriate it is for child audiences. It would not matter if the imagery was of two women, two men, or a man and a woman. Mindful of artistic freedom of expression, the RUA and the Ulster Museum considered that the painting could remain in the exhibition subject to the placement of appropriate notices that the gallery contained artwork which could be regarded as being of an adult nature."As an Academy, we are concerned that this could deter schools and families with young children visiting the exhibition. As a result Paul Walls decided to withdraw the painting from the exhibition. Censorship had nothing to do with it."


I am sure that Colin would be happy to hear from you (info@royalulsteracademy.org) - but be aware that the reasons given for not including the picture have not been represented well in coverage.

Therefore the piece I wrote yesterday was based on inaccurate and incomplete information from the Belfast Telegraph and  I would like to apologise for any offense that may have been caused from my comments.

Update 20 Oct: Finally here is the picture in question 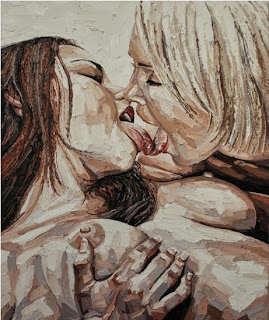 * Sadly at this time I cannot source an image of the painting in question.
Posted by Stephen Glenn at 22:33