Let's celebrate the Queen's birthday with the Tricolour 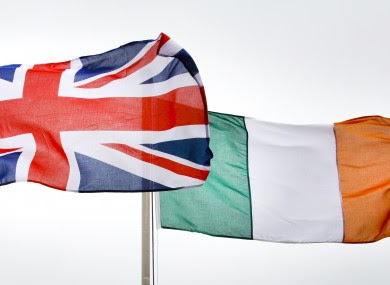 So Sinn Féin are welcoming the decision by the Assembly Commission to consider whether the Irish Tricolour should fly alongside the Union Flag at Stormont. I take it by that they mean on the same flag days, the only days that the Union Flag flies over the building.

So what are the 16 days that the Union Flag flies from all Government buildings in Northern Ireland?

Then we have the 19th February, 10th March, 15th August and 14th April to mark the birthdays of her children HRH The Duke of York, HRH The Earl of Wessex, HRH The Princess Royal and HRH The Prince of Wales in that order. Plus 20th January and 17th July for the Countesses of Wessex and Duchess of Cornwall.

The 2nd Sunday of November of course marks Remembrance Sunday and the 2nd Monday in March for Commonwealth Day.

So I say no give and take Sinn Féin you want it to fly we'll let you fly it on all the dates listed above.

And while we at it can Unionists keep to flying the flag on these days unless there is a member of royalty present that necessitates further days, and make sure that they only fly the Queen's standard when she is actually in the building. I doubt she is in some of the housing estates or shops that I've seen her standard fly outside throughout the summer months.