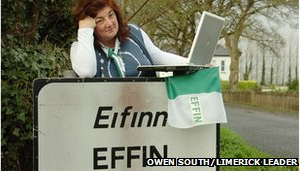 You may a recognised Saint and the brother of Saints Culain and Dairmid. You may have been an Abbot and Bishop of Ros-mic-Truin. You may also have written Vita Tripartita (The Life of Saint Patrick) about the patron Saint of the island of your birth and life. But the campaign to get the village in Ireland named after St. Eimhin has been deemed offensive by Facebook.

The problem is that the Parish of Effin in County Limerick which Ann Marie Kennedy (pictured) tired to add as her home to her Facebook profile. All she got was the option of Effingham in Illinois or New Hampshire. Why she didn't get the one in Surrey which at least is in the same continent is another wonder.

But she attempted to set up a Facebook page to get Effin recognised on Facebook was this was disallowed for being offensive. Therefore

There was an lady who hailed from Effin
But Facebook thought she was cursin'
Because her hometown named for a Saint
Was deemed offensive not quaint.
Now they're worried over in Ecclefechan. 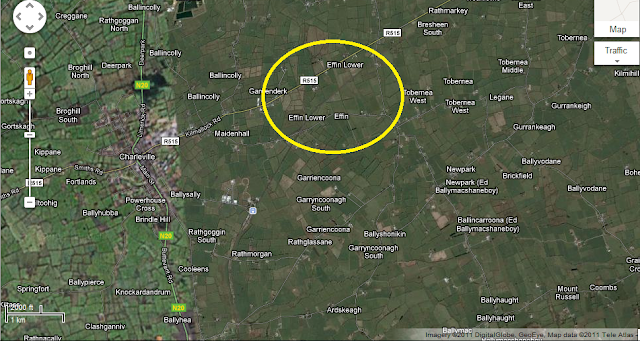