PEOPLE OF EARTH YOUR ATTENTION PLEASE

Don't Panic there is not a Vogon constructor fleet poised above us in the ionosphere, at least I hope not. But there is axe axe being wielded by the BBC over some of its online content. One of those sites is a quite remarkable site, it is a social media that was popular before Facebook reared it's head, it was an online encyclopedia of Life, the Universe and Everything before Wikipedia became the de facto font of all knowledge. It is a place where people have made friendships, many have then taken that online relationship offline into real friendships at meet up, some have fallen in love and even produced small people as a result of sexual co-joining. After all as Douglas Adams once wrote, most of the rest of the Hitch Hikers' Guide to the Galaxy is full of sex. 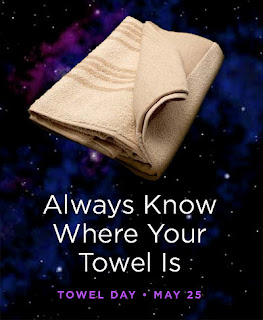 This is story of one of that Guide's researchers.

Back in December 1999 a fan of a the books, Radio and TV series (there was no film back then) of Douglas Adams's opus saw a link from the online edition to The Times to a site that purported to be the online edition of the Hitch Hikers' Guide to the Galaxy. He was hooked, he started to write articles about things he knew, get involved in the community, write for the community news paper. He was mildly dyslexic and the people around him helped him overcome the embarrassment of the occasional mistakes in what he wrote, correcting it with love.

He eventually became one of the first researchers to write 100 solo approved entries for the guide, under the nom de plume of Demon Drawer. He also wrote for over 100 collaborative entries and 100 articles for the H2G2 Post. He certainly gained an confidence in getting his written words out there on public display. However, in recent years his contributions to the guide have been less frequent, he still has works on progress that he revisits from time to time, but that doesn't mean that he has not been writing.

You are currently reading the words from the same person, one of the over 3,000 online pieces that he has written in various formats and on various sites including almost 2,700 blog posts on here.

H2G2 was difficulty once before, in the early days of this millennium when the Internet bubble started to burst. The lifeboat was picked up by the BBC. But on 24 January the BBC announced that it was making radical cuts to its online presence, the community, especially the old hands, felt here we go again. The result however is that the BBC is prepared to set H2G2 adrift again rather than merely turn it off at the switch, but it needs someone else to come by in the 'virtual' sense like the Heart of Gold and pluck us from the etha. The Community has set up its own Community Consortium to look after the needs of the community in that transaction, as one of the ancients (although not quite a 5 figure user number*) I wholeheartedly back this campaign and will do what I can to help Save Our Site.

It has changed my life not only through the confidence in my writing, but it was through finding love with a fellow researcher that I ended up in Scotland, it was through that I became so heavily involved in politics once more, it is through the site that a lot of who I am today has bizarrely come to be. H2G2 is more than just a mangle of words on a screen it is a community, it has a heart, it has a soul, it is a family.

Long may it continue.

(Aside) Can someone check, are the dolphins still around? (Pause) Good.

Yes it is too early for so longs, even the Delphinidae and Platanistoidea agree on that. There must be plenty more fish in the sea ready to keep H2G2 alive.

* A sign of great seniority in the early days, which us young upstarts having a six figure user number, mine is all the even number 104268.
Posted by Stephen Glenn at 10:14